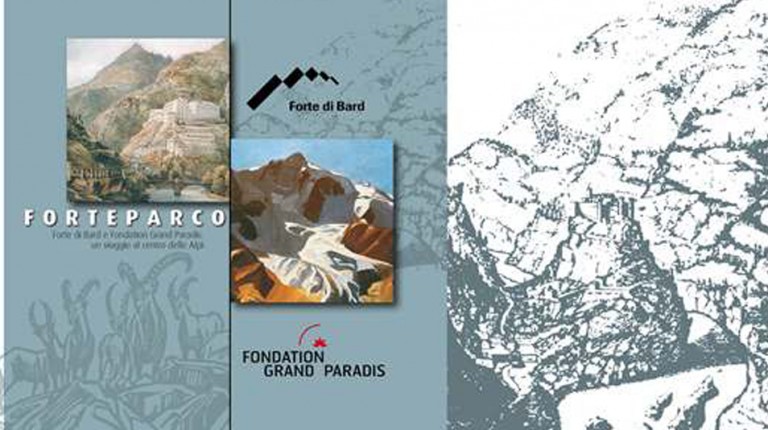 The Forte di Bard Association and the Fondation Grand Paradis have initiated a collaboration aimed at integrating their respective culture tourism and nature tourism offer segments into a multidisciplinary approach.

It is in fact the firm conviction of the two organizations that economies of scale and learning must be sought in order to stand up to competition from the external market and offer its services with a high standard of quality and sustainable levels of economy.

The Gran Paradiso National Park and the area that comes under the Fortress of Bard lend themselves to integration of their respective offers, by way of the complementary nature of their morphological, environmental and cultural aspects. The Fortress and the Fondation Grand Paradis actively collaborate in a special co-marketing agreement aimed at an exchange of visitor flows, as well as lengthening the average stay in the Valle d’Aosta.

In this context a project, financed entirely by the European Social Fund, has been developed, called “FORTEPARCO – Fortress of Bard, Fondation Grand Paradis: an integrated offering”.

The main results achieved by the project are the conception, production and commercialization of tourist packages for individual visitors, groups of adults, or schools, that arrange the Fortress of Bard and Fondation Gran Paradis offering into residential products lasting from one to seven days, commercialized by the two associations and the Eurotravel tour operator, Mowgli, and Anni 30 viaggi.

A further objective reached was to take part in trade fairs and workshops, such as the Vacanze Weekend trade fair in Padua, and the BuYin’Vda trade fair in Saint-Vincent; the Forte di Bard and Fondation Grand Paradis offering was later presented at the Espace Vallée d’Aoste in Paris.

On a promotional level, a hot air balloon was personalized with the logo “FORTEPARCO, Forte di Bard, Fondation Grand Paradis”, and its flight across the skies of the Valle d’Aosta was the subject of a feature in the 8 p.m. edition of the RAI1 news (TG1), broadcast on Thursday 5 July 2008 with an audience of 7.8 million viewers; the hot air balloon featured prominently in a set of events entitled “Flight in a hot air balloon with FORTEPARCO”, organized into days of captive flight, educational games for children and adults, and the distribution of promotional material, in Aosta, Bard, Cogne, Valsavarenche and Rhêmes-Notre-Dame.

An end of project publication “FORTEPARCO – Fortress of Bard and Fondation Grand Paradis: a journey to the centre of the Alps” was produced, in order to present, by means of images and brief texts, the offering of the two sites.