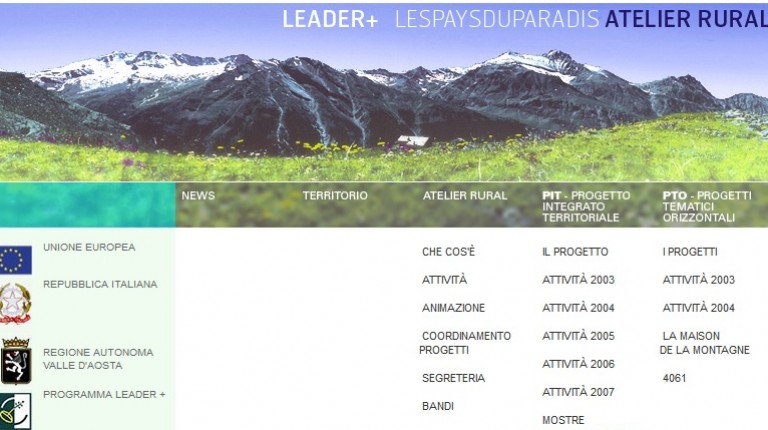 The PIT “Les Pays du Paradis” is a project whose objective is to reinforce the rural and tourist economy so as to offer professional and income opportunities to rural families in particular, as a driving force for people to be more firmly rooted in the territory, which is one of the most fragile zones in the Aosta Valley Region, and has one of its highest depopulation rates. The first action is intended to stimulate the growth and qualification of the agricultural and zootechnical sector, as well as its progressive integration into a wider project promoting tourism, in order to increase the involvement of people operating locally, and awareness of the quality of the territory and its products. To this end, there are envisaged studies, the creation of the Atelier du Goût at the Maison Bruil in Introd, and the production of exhibitions like “Saveurs et Senteurs du Grand Paradis”, “Les soirées du patrimoine” and “L’atelier du patrimoine”.